The Golden Order is broken.

Rise, sunshine, and may grace guide you to embrace the power of the Elden circle and cover you as Lord of the circle in the middle lands.

In the middle lands ruled by Queen Márika, the eternal, the circle of Elden, origin of the golden tree, has been destroyed.

The descendants of Márika, all demigods, claimed the fragments of the Elden circle known as large runes. It was then that the demented corruption of its renewed force led to a war: devastation. 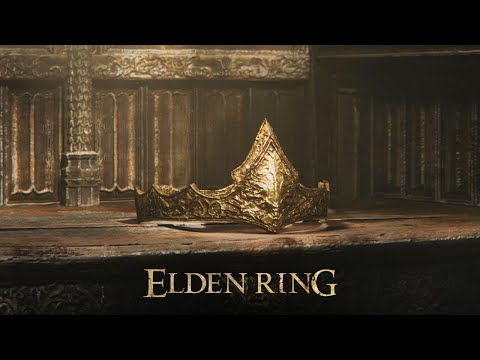 A war that led to the abandonment of the greater will. And now, the grace that guides us will fall upon the Sinluz desdeñado by the grace of gold and exiled from the intermediate lands. You who have died, but you live, with your grace time has lost, walk the path to the middle lands beyond the neblinous sea to prostrate you before the circle of Elden

And become the Lord of the circle.

A new world of fantasy

Travel the MIDDLE LANDS, a new fantasy world devised by Hidetaka Miyazaki, creator of the successful DARK SOULS video game series, and by George R. R. Martin, author of The Song of Ice and Fire, The fantasy series best selling according to The New York Times.

Unveil the mysteries of the power of Elden's circle. Face fearsome creatures and meet adversaries with tumultuous past and characters with their own motivations to help you advance or complicate things.

Explore the world of intermediate lands

ELDEN RING offers vast areas of fantasy and gloomy and intricate dungeons that are connected smoothly and without interruption.

Go through this impressive world on foot or on horseback, alone or online with other players. Immerse yourself in the green plains, in the tiring swamps, in the torturous mountains, in castles that do not augur anything good and in other majestic areas. All of this, on a scale never before seen in a FromSoftware game.

A game system that will define gender

Create your own character in this refined FromSoftware role and action game and define your game style from the wide range of weapons, magical Powers and abilities you will find throughout the world.

Go head to battle, use stealth to kill enemies one by one or ask your allies for help. You will have many options at your disposal, both when exploring and jumping into combat.